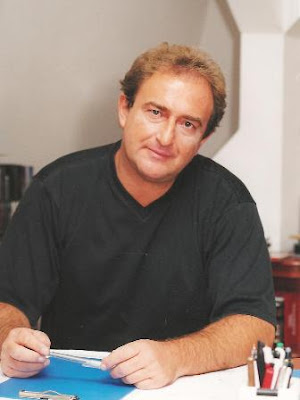 
under the auspices of
World Academy of Arts and Culture
affiliated with UNESCO and registered in California, U.S.A.


"Dear brothers and sisters in poetry:
It is a great pleasure for us in the Organizing Committee of the XXIX World Congress of Poets (WCP), to extend to you our warmest invitation to attend the above mentioned Congress that will be held from the 27th September to the 4th of October 2008 in Budapest, Hungary.
„Future is a Place on Earth” is our metaphor to express and paraphrase our basic spiritual needs in a world where vast amount of human beings, animals and plants, climate and surrounding have been alike in real danger.
In an age when our Earth, thus the future of our lives seem to be in jeopardy, poets should find the right words to unite people and lead them in the right direction.
We invite you to share these words in the heart of Europe – Budapest.
In Congress Information you will find all the general information of this Congress and we give you our e-mail address wcpbudapest@parnasszus.hu to answer any doubt you may have or to elaborate more on the information you need. In this web you will be able to find more information on Hungary, the places visited during the Congress, post Congress tour, fees and other topics of interest as well as the registration form.
We will be in touch with you until we meet at the XXIX World Congress of Poets.
With our best wishes,"


ISTVÁN TURCZI
Member of the Board WAAC/WCP
President XXIX WCP

The XXIX World Congress of Poets is going to be held in Budapest, Hungary from the 27th September to 4th of October 2009 and it is a great honor for us to invite poets from all over the world.
Budapest, capital of Hungary, is also the country's administrative, economic, cultural, and scientific centre. A European city in every sense of the word, in its geographical, intellectual, and economic significance. Just look at these facts that show what a great destination Budapest is, truly a place to spend a couple of days or even weeks here on the banks of the Danube.

* Around 1,000 listed sites from the most significant European artistic periods, including some outstanding Classicist and Hungarian Secession buildings. Indeed, the latter can only be seen here in Hungary.
* World Heritage Sites: The Danube view with the Buda Castle (Budai vár), and the splendid groups of buildings in Pest, as well as Andrássy Avenue (Andrássy út) with its luxurious palaces and the Heroes' Square (Hősök tere) with its ceremonious atmosphere.
* Several hundred museums and galleries, which in addition to arteacts of Hungarian history, art, and natural science, also exhibit numerous works of universal European and world culture.
* 40 theatres, 7 concert halls, and 2 opera houses for those who love the performing arts. The choice multiplies in the summer thanks to the numerous open-air concerts and performances.
* More than a thousand restaurants, cafés, and venues, where the delicacies of Hungarian and international cuisine are accompanied by the finest Hungarian wines.
* 80 mineral and thermal springs, 10 splendid thermal baths, themselves part of the built heritage, and more than 400 bitter water springs

Congress theme
„Future Is A Place On Earth”

Congress fee
The congress will take place in the PARK HOTEL FLAMENCO. http://www.danubiushotels.com/en/hotels/flamenco
Hotel Park Flamenco 4* 500 euros
Hotel Park Flamenco 3* 400 euros
Prices are based on double occupancy.
Single room will have an additional charge: in the 4* rooms 50 euros/night
in the 3* rooms 35 euros/night

In these prices are included all congress programs, accomodation and meals from the 27th September till the breakfast of the 1st October 2009.

Prices are based on double occupancy.
Single room will have an additional charge of 40 euros/per night.

Departure to the Hungarian sea - Lake Balaton.
Wreathing on the grave of a famous Hungarian poet and the statue of Indian poet Rabindranath Tagore in Balatonfüred
A folklore night with wine and music.

Departure to Europe’s Cultural Capital 2010 Pécs in the southern part of the country.
City tour and lunch and closing cultural event with local poets.

You should have flights back in the afternoon. If you need additional accomodation or any other help, do not hesitate to contact us!
Anthology

* Works must be sent (2 poems English or Spanish) through e-mail up to the 1st of July 2008.
* Short biography (15 lines) with your recent photograph.
* The poems must not exceed up to 30 lines.

Works and biography must be sent in email to wcp-anthology@parnasszus.hu
Book exhibition & beauty contest of the books (optional)

Those willing to take part in the exhibition and the contest should send one copy of one of his/her publications by post to WCP Budapest H-1147 Budapest, Gyarmat utca 106.
Deadline: 31st July!
Parnasszus International Poetry Award

The only exclusively poetry quarterly in Central Europe, Parnasszus edited by István Turczi President of XXIX WCP, founded an international poetry award to acknowledge the works and literary significance of our dedicated poet-guests arriving from the four poles of our planet."

The World Academy of Arts and Culture, Inc.
The World Academy of Arts and Culture (WAAC) was born in 1973, and was registered and incorporated in 1985 as a nonprofit corporation in the State of California, U.S.A. The official languages are: Arabic, Chinese, English, French, German, Greek, Hebrew and Spanish.
The objectives of the World Academy of Arts and Culture, Inc. is to organize and celebrate in different parts of the globe, a World Congress of Poets, to substitute peace for war in the minds of men, promote world brotherhood, in engender interchange of culture for mutual understanding of people from diverse cultures striving for excellence while uplifting mankind through poetry and literature. If you want to know us go to www.worldcongressofpoets.com .
If you want to join us, contact our General Secretary.
First World Congress of Poets was formed in1969 by Amado Yuzon, Tin-wen Chung, Krishna Srinivas and Lou LuTour, to unite nations in an effort to achieve and understand world peace through poetry.